The Young Adult Institute (YAI) Network’s Premier HealthCare is 2014 Level 3 PCMH designated and has earned recognition with the National Council on Disability as an effective national health care model for people with intellectual and developmental disabilities (IDD). Premier HealthCare has been able to integrate its experience with DSRIP.

For YAI, being involved in DSRIP has provided YAI with an opportunity to collaborate with other providers and discuss challenges with the people they support. For example, after a DSRIP meeting, YAI connected with other providers to discuss experiences in working with patients with complex needs. Brigida Hernandez, YAI’s Director of Research, is excited about the increased opportunities to collaborate with other partners. “I have a feeling during year two we’ll know a little bit more about what protocols are being expected of us to implement and we’ll have more interaction with our partners,” said Hernandez.

YAI is a network of human service agencies which enhances the lives of people with intellectual and developmental disabilities, including autism, Down syndrome, and cerebral palsy throughout the New York metropolitan area, including Long Island, New Jersey, and Westchester and Rockland counties. These agencies provide a variety of support to people with disabilities and their families.

One of YAI’s agencies, Premier HealthCare, proves to be pivotal for the success of DSRIP because of its National Committee for Quality Assurance (NCQA) – Patient Centered Medical Home (PCMH) 2014 Level 3 recognition. Within Mount Sinai PPS, there are four projects that require eligible PCPs to meet PCMH recognition by 2018, Projects 2.a.i, 3.a.i, 3.b.i, and 3.c.i.

For Hernandez, becoming involved with the Mount Sinai PPS was an easy decision. Premier HealthCare applied for its PCMH recertification in 2016 and it was perfectly aligned with Mount Sinai PPS’ push for partners to pursue PCMH recognition.

According to the NCQA, PCMH recognition is the most widely adopted method for transforming primary care practices into medical homes.* A PCMH site ensures patients receive the right care in an appropriate amount of time while strengthening the relationship among patient and provider.

Being PCMH recognized transcends the staff’s approach to care for these patients. Tracey Capers-Reeves, nurse administrator who serves as the clinical supervisor of all the support staff, praises the staff’s involvement in patient care and integration with DSRIP. She said, “When I think about DSRIP, I tell the team to think about patient centered medical homes because that’s what it’s about at the end of the day, putting patients at the center and putting a home around the individual and giving them the best care while making them feel empowered.”

Recently, Premier HealthCare has also implemented a Chronic Care Management program under CMS where they actively reach out to patients on a monthly basis to discuss chronic care conditions. Patients will receive a call from either a registered nurse, social worker, or support clinical team member to discuss the patient’s condition and if they’re following orders.Reeves has implemented effective communication strategies to ensure her staff is up-to-date with their patients’ conditions. Her methods include daily meetings about each scheduled patient, monthly meetings to study metrics, and managers meetings to keep everyone informed on progress or obstacles they have faced.

Being involved with DSRIP focuses staff on specific goals to accomplish. Reeves shares, “DSRIP keeps all of us sensitive about what we need to accomplish. For example, I hear staff say, ‘“Those are PCMH patients [with chronic health conditions], let’s make sure we review those metrics.’” Hernandez said of the involvement DSRIP has on Premier HealthCare, “We play a very important role in the continuum of care. We’re helping DSRIP get to the goal of reducing admissions because we intervene in an outpatient setting and a preventative setting as opposed to allowing patients to be admitted or have an ER visit.” 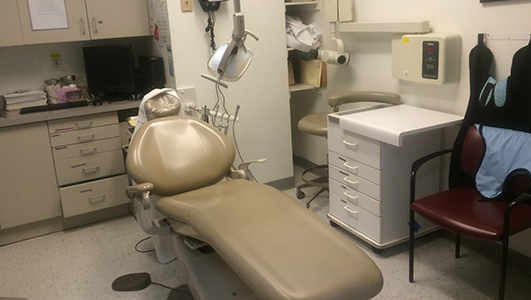 Premier Health Care is currently involved with projects 2.b.iv, 3.a.i,and 3.c.i, and is excited about further involvement. She said, “The more that we can have a seat at the table to work with other providers who don’t have the experience we have, I think we all benefit.”